VÉgA was born from a profitable collaboration between a department of the public research (LabEx ArcHiMedE and the department of the “Archaeology of Mediterranean Societies”) and a private sector company (Intactile DESIGN).

The LabEx ArcHiMede – “Archaeology and History of the Mediterranean and Ancient Egypt” –, and the department of the “Archaeology of Mediterranean Societies” mixed research organisation (UMR 5140) which is part of the University Paul-Valéry Montpellier 3, the CNRS and the Ministry of Culture and Communication, are directed by Professor David Lefèvre. Frédéric Servajean, professor of Egyptology at the University Paul-Valéry Montpellier 3, is in charge of the VÉgA project.
Intactile DESIGN is a Montpellier-based company created in 2000 by the designer Yves Rinato, specialising in the development of digital interfaces for specialist sectors (aeronautics, medicine, information visualisation, knowledge mapping etc.). The work on co-conception and design of VÉgA was overseen by Nicolas Chauveau. 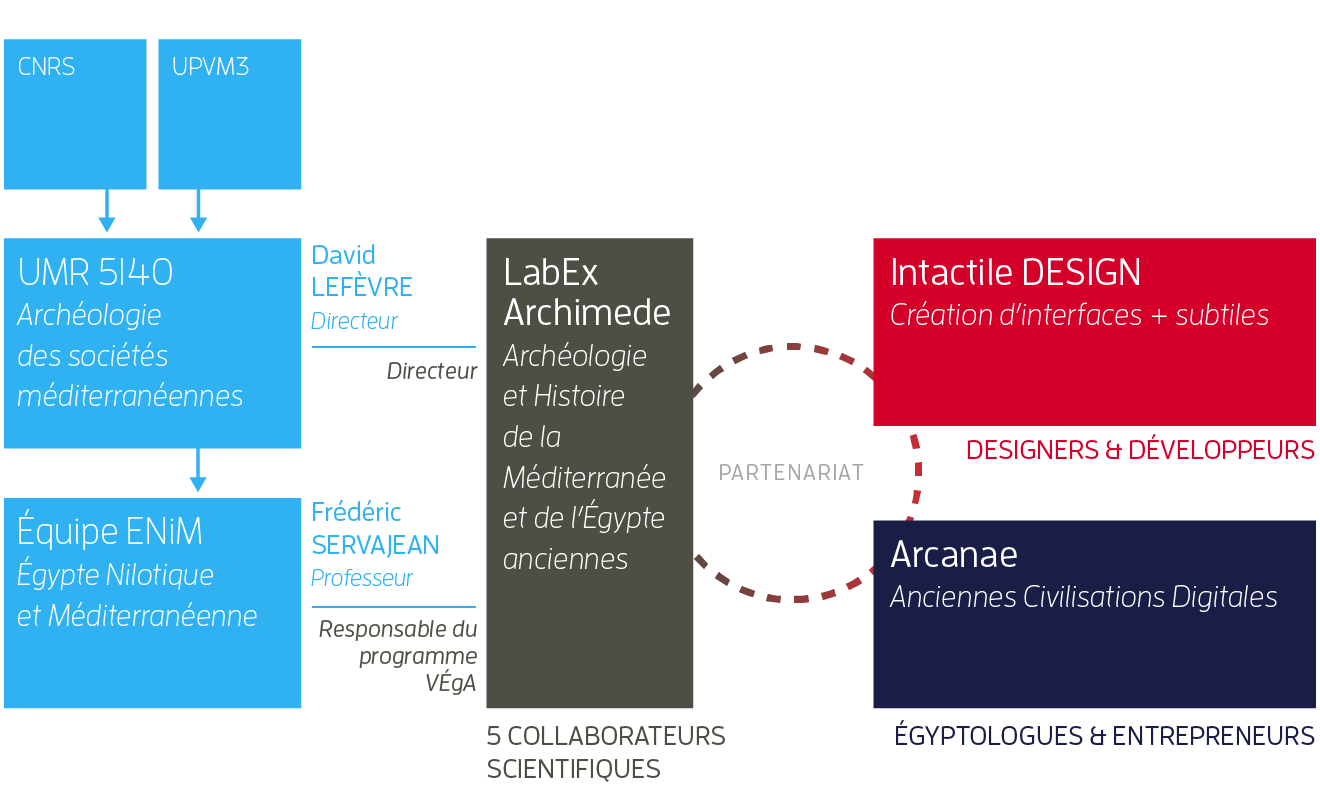 Since late 2013, the VÉgA team has been composed of 5 scientific collaborators who carry out the lexicographic work necessary to develop the dictionary.
For its part, Intactile DESIGN has been using its own design method, where creative intelligence fosters creativity and innovation. The brainstorming meetings organised with the Egyptologists together with six members of the Intactile DESIGN agency initially resulted in the production of prototypes, storyboards, and then successive versions of the tool’s software programme, as the company is also in charge of the IT development. Depuis 2018, Arcanae is in charge of the commercial development of VÉgA. This company, created by three former scientific collaborators of the project, proposes adaptive and intuitive digital tools dedicated to the decipherment of ancient writings.